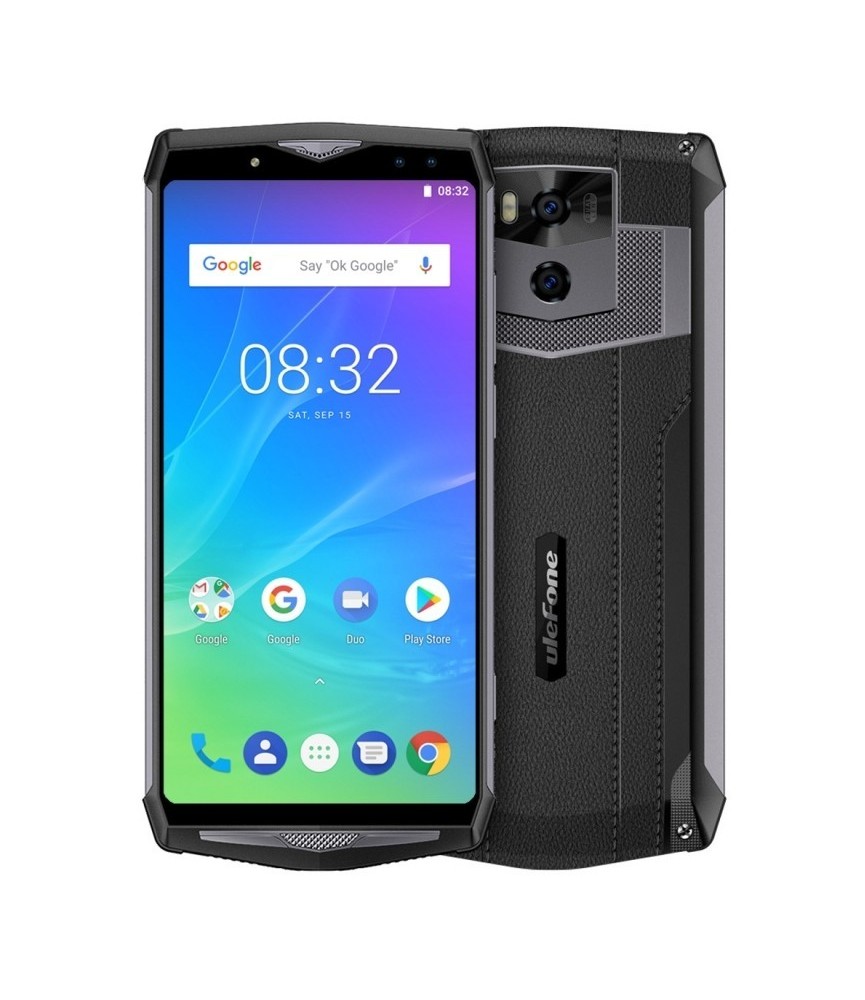 The rugged Ulefone Power 5S smartphone has a design, appearance and specifications that make it very close to a flagship phone.

The Ulefone Power 5 all-terrain smartphone appears to be an undeniable champion against other competitors in this category. The massive 13,000 mAh lithium-polonium battery can last a very long time. According to Ulefone laboratory tests, the Ulefone Power 5S can support 21 hours of video playback, 19 hours of gameplay, 52 hours of talk time, 17 hours of web browsing and 20 hours of video recording in one charge. This performance stands out the most compared to other smartphones.

This rugged smartphone supports 5V / 5A fast charging. It comes with the charger which allows it to charge the battery in 2.5 hours. This advanced fast charging technology keeps the phone cool while charging.

The rugged Ulefone Power 5S smartphone comes with a 6.0-inch, 16 million color Incell display with FHD + resolution (2160 x 1080 pixels, 402 PPI). It has an aspect ratio of 18: 9 which is now found in almost all smartphones. Better viewing angles and high resolution provide an excellent viewing experience.

The 6.0 inch frameless screen can be easily operated with one hand without any difficulty.

The robust Ulefone Power 5S smartphone is powered by a MediaTekHelioP23 processor. It is a 64-bit Octa-Core chip on 4 Cortex A53 cores clocked at 2.0 GHz and 4 other Cortex A53 cores at 1.5 GHz. This processor is mainly known for its energy efficiency rather than for its processing power. However, with 4 GB LPDDR4X RAM, there is virtually no delay when multitasking.

With the ARM Mali-G71 M2 GPU, the rugged Ulefone Power 5S phone can handle most normal everyday use. The additional GPU provides a better gaming experience for the device. You can easily run games like PUBG and NFS without any delay.

The internal storage can be extended from 64 GB to 256 GB via a memory card. There is no dedicated memory card slot, so you must use the hybrid SIM slot to mount the memory card.

The cameras are one of the best features of the rugged Ulefone Power 5S smartphone. The rear cameras are the primary Sony IMX230 21MP and 5MP secondary camera for depth detection. It also has a dual flash on the back. The aperture is f / 1.8 and it also comes with OIS anti-shake technology. Optical image stabilization (OIS) allows us to capture photos and videos perfectly. Even in low light conditions, photos and videos are clear and sharp.

The front dual cameras are 8MP and 5MP with 13MP interpolation. It has an af / 2.2 aperture, allowing fluid face detection and also takes great selfies. The front camera with face identification to unlock the device still works well.

The sides have an aluminum alloy and polycarbonate casing, which makes it hardened and durable. The central part has a leather finish of a luxury phone. This mixture creates a strong feeling of unique beauty.

It also has a "shortcut key" that simplifies multitasking. Press once to open the camera. A long press opens the recording of the volume. On the back of the camera you will see the configuration of the dual camera with AF Dual Flash. The Ulefone is part of the rugged smartphone due to its build quality.

The combination of GPS and GLONASS navigation systems improves location accuracy and accuracy. The loading speed of the maps is constant in urban areas.

The only drawback is the exclusion of NFC from its functionality.

The rugged Ulefone Power 5S phone runs on the Android 8.1 Oreo operating system. With the exception of the preinstalled Google apps, no additional third-party apps are available.